Oh dear, Addison Lee (London Taxi firm) sure did get their comeuppance when the big boss, John Griffin spectacularly boshed up and did that thing which not-so-clever-people-do which is publish their ignorance and stupidity to the public domain and even worse, refer his employees to use bus lanes illegally AND insight that accidents are the fault of untrained cyclists AND suggest that cyclists should pay road tax.

You can read all about it here, it’s quite spectacular. Mr Griffin’s opinion about cyclists finally explains why Addison Lee drivers have a reputation of being reckless and selfish when navigating the roads, and they have long been one of the biggest menaces on the London streets to us two-wheeled cool kids. Heres just one quote from his controversial column:


These cyclists are throwing themselves on to some of the most congested spaces in the world. They leap on to a vehicle which offers them no protection except a padded plastic hat. (Add Lib magazine)

Throwing themselves? Leap? Do we leap? Ah, perhaps he's referring to some of the Frog cyclists out there!

Mr Griffin also forgot that cyclists are a passionate bunch, and we don’t take senseless opinions promoting irresponsible behaviour of Addison Lee drivers lightly. So what did this call for, a ‘die-in’ of course! Yes, an invitation to protest outside of Addison Lee's offices and play dead on a London street on a Monday evening, sure sounded exciting. How could I resist?

Unfortunately a Monday morning fluster leaving my flat meant that I left my phone/camera at home all day and even managed to leave the directions to get to Addison Lee HQ on my desk at work. The odds of attending were against me, but with a little intuition and bike love I managed to navigate myself to the HQ to show my support.

A 'die-in' involves laying on the floor acting dead. Looking at the grotty and very wet street I certainly had my reservations about acting out the 'die-in', but apparently they are cleaning up London for the Olympics, so hey ho, off I laid on the road and so did everyone else!

And I was not alone. Usually a bike protest consists of a gang cycling to the sounds of pretty bicycle bells, but this protest was different. I had to dig deep back to my year 9 drama days and bring out of the bag some serious acting skills.  And there we were, just laying dead for all of Addison Lee and their big fat security guards to see. Would love to have shown you a picture, but I'm just too clumsy and forgetful on Mondays! Garrrgh!

Black cabbies tooted on by showing their support for cyclists and they were rewarded with a loud cheer. Is this the start of a beautiful relationship between cyclists and the black cab? Who would have thought! We were even graced with an appearance from Mr Griffin himself who read out his latest article. I couldn't tell you what he said because he didn't shout it out loudly but I think its fair to say he is trying desperately to climb out of that humungous big hole he has got himself in.

Funnily enough, on my cycle home I got cut up by an Addison Lee cab! The battle on the road continues...

Stumbled upon your site from a link on The Guardian. Good that you, and many others, attended the Add Lee protest.

However, bit worried that on all the pictures on your site, you're not wearing a helmet in any of them.

Please, for your own safety, buy a helmet and wear it. I've been hit twice by cars and most likely in the first incident, the helmet saved my life, or at least severe trauma.

Hope to see a "Wearing a cycling helmet and proud of it" post on my next visit to your site.

Towards the end of February, when the sleeping bags were rolled up outside of St Pauls, even I asked myself - What does protesting achieve? This restores my faith, I think it’s a great demonstration of standing up for what you believe in and helping to change London for the better! 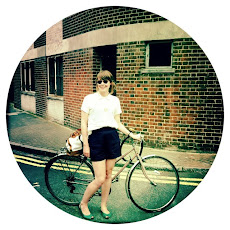